Can phage be used as a bio preservative for fish?

HomeFOOD SAFETY, NEWSCan phage be used as a bio preservative for fish?

Bacteriophage as a bio preservative

Bacteriophagesfit in the class of natural antimicrobial and their effectiveness in controlling bacterial pathogens in the agro-food industry has led to the development of different phage products already approved by USFDA and USDA. The majority of these products are to be used in farm animals or animal products such as carcasses, and meats, and also in agricultural and horticultural products. Treatment with specific phages in the food industry can prevent the decay of products and the spread of bacterial diseases and ultimately promote safe environments in animal and plant food production, processing, and handling. This is an overview of recent work carried out with phages as tools to promote food safety, starting with a general introduction describing the prevalence of foodborne pathogens and bacteriophages and a more detailed discussion on the use of phage therapy to prevent and treat experimentally induced infections of animals against the most common foodborne pathogens, the use of phages as biocontrol agents in foods, and also their use as bio-sanitizers of food contact surfaces.

Charting the Path to Food Safety

Bacteriophages are viruses that infect bacteria but are not harmful to humans, animals, or plants. Since their discovery in 1915, phages have been widely used not only in human and veterinary medicine but also in a variety of agricultural settings. Phages, as obligatory parasites, can cause cell lysis to release newly formed virus particles (lytic pathway) or lead to the integration of genetic information into the bacterial chromosome without causing cell death (lysogenic pathway).

In terms of food safety, strictly lytic phages may be one of the most harmless antibacterial approaches available when compared to conventional antibiotics that cause resistance.

Are there phage products for food preservation?

Several products are already on the market to ensure food safety with minimal environmental impact. In the food and feed industries, phages are a clean label alternative for antibiotic preservation. Furthermore, antibiotic restrictions in animal husbandry, as well as customer perception, have led to the use of natural preservatives. In food safety and production, the bacteriophage is a natural antimicrobial with a narrow spectrum. When using bacteriophage as a preservative, the following steps must be taken: 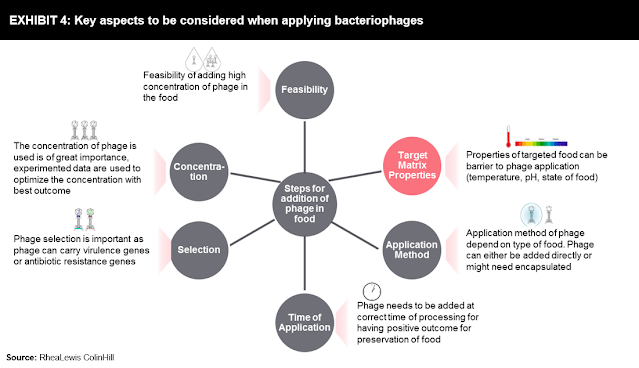 Despite the availability of a variety of those products, few to no products were prepared to preserve one of the most perishable foods. Because fish spoil easily, an immediate solution is required to reduce post-harvest losses. The approval of phage products remains a threat to scientists around the world. Despite the barriers and limitations, governments continue to rely on old ways of doing things and do not place enough faith in phage technologies.

Fish is one of the world’s healthiest foods. It is high in essential nutrients such as protein and vitamin D. Fish is also the best source of omega-3 fatty acids, which are essential for your body and brain. Fish is an excellent source of omega-3 fatty acids and vitamin D. A healthy community will be ensured by preserving this food in a safe manner.

One Reply to “Can phage be used as a bio preservative for fish?”